Where did all the fun ads go? 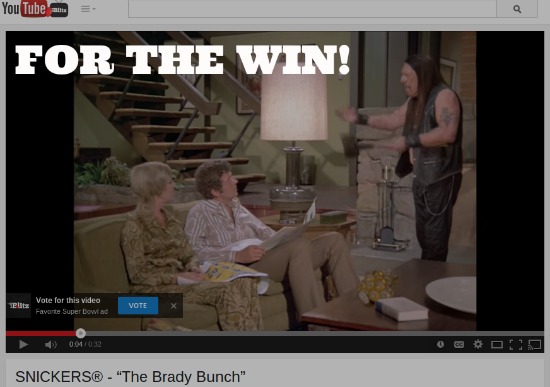 Years ago, I used to record the SuperBowl on VHS tape.   Not to watch the game, but to be able to fast forward through those to watch the commercials (and show them to my students). Of course, these days I can find them on Youtube or compiled on other websites. I have to say that this year was the SuperBowl was a BUST commercial wise.  In fact, the game itself was more interesting (especially those last few minutes) and I don’t think I’ve ever thought that before!

One ad was downright horrifying to me as a parent.  The Nationwide Make Safe Happen ad  was dark and inappropriate in the context of the SuperBowl.  I’m still shaking my head (as are several of the commenters on the YouTube site I linked above).

As usual, context matters.   From pricing decisions as I mentioned a few weeks ago to advertising placement.   The message should be a fit for your target audience and the context.   We Americans want funny during our SuperBowl commercials.   In fact, I think that’s what made the Nationwide ad all the more upsetting… we’re waiting for the funny punchline and instead we get punched in the gut.

As you choose where to spend your promotional dollars and the frequency, think about the context.  Where is you target audience looking, what tone is a match for the media and your audience?    Here’s an example of what most of us like from our SuperBowl commercials- something funny and a little whacky.   Go Snickers.